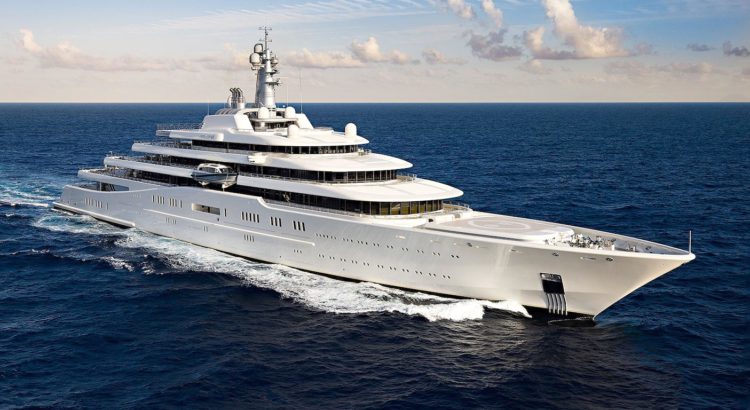 Eclipse should stay near the coast of Marmaris for one week.

Megayacht Eclipse of Russian billionaire Roman Abramovich was spotted off the coast of Marmaris. The day before, the ship arrived at the port of Mugla, the capital of the Turkish province of the same name.

Local news outlets reported that a six-story yacht 164 meters long and 22 meters wide was spotted in the port. The cost of a mega-yacht with luxurious apartments, a private pool and a helipad, according to expert estimates, is about $340 million. According to unconfirmed reports, Eclipse should stay off the coast of Marmaris for one week. The further route of the yacht is not reported.

Roman Abramovich, whose fortune is estimated at $14.5 billion, has Russian, Israeli and Portuguese citizenship. In March 2022, sanctions were imposed on the billionaire by the UK government.

The yachts of the richest Russians have been in the spotlight of the press this spring after the introduction of several packages of anti-Russian sanctions by the US and the EU. Several megayachts believed to be owned by Russian businessmen have been arrested or detained.