10 favorites of the yachting world according to Yahta.ru readers 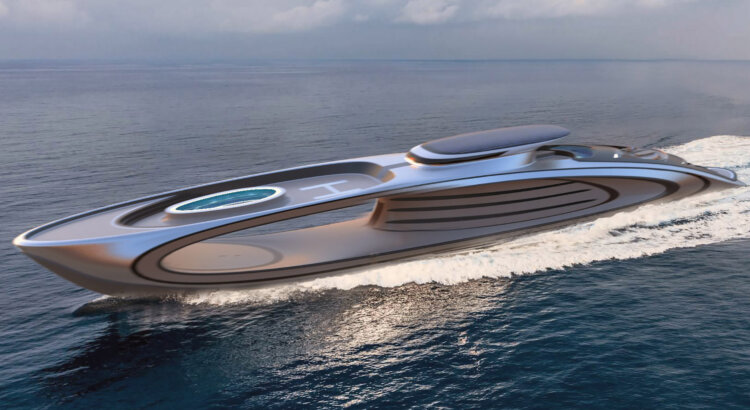 In today's review - all the most interesting, discussed and read over the past 12 months.

Let's take a look back at what this year was like and publish a selection of the most popular articles about yachts over the past twelve months. The fastest boats, seemingly incredible concepts, mind-boggling superyachts and real schooners for extreme travel - this is what Yakhta.ru remembers in 2021.

Full merging with the underwater world. This futuristic concept of a private submarine, perhaps, can pass for its own in any marine company.

This is a traditional seagoing vessel and the largest in Iceland. The ship has 10 sails, including traditional square sails. Wind power and an innovative hybrid propulsion system make it ideal for silent whale watching.

She was built in 1951 in Damgarten, Germany as a fishing trawler and restored in 2015. The schooner now spends the summer in Husavik, Iceland, taking whale watching tourists. This sailboat reached 79º north latitude in Svalbard.

The yacht has a carbon fiber hull and superstructure and is powered by 2 MTU engines which give her a cruising speed of 28.0 knots and a top speed of 32.0 knots.

The Amazon founder has bought himself a new toy, a $500 million superyacht that will immediately break several world records upon delivery.

This is the Project 721 or Y721 superyacht, the largest superyacht from the luxury Dutch shipyard Oceanco. Delivery of the vessel is scheduled for 2022, after completion of sea trials. She will have three masts and a bowsprit, a black hull and an overall classic, elegant silhouette.

Built in New Zealand, this boat uses a Nissan Skyline GT-R engine to navigate the most beautiful waterways. While this boat is completely empty in terms of design and interior finishes, it is certainly fast and powerful.

According to tests, the boat produces 914 hp. All that power also means that a small boat can create a powerful cock's tail at cruising speed.

The Italian design studio Lazzarini, known for its various innovative creations, has unveiled a new 69-meter yacht. The vessel features an unusual silhouette with sleek, futuristic lines and a gleaming silver hull that hints at next-generation technology built into all models.

The main feature, of course, is the arch, or “leaky deck,” as Lazzarini calls it. Access to it is through a door in the bow of the vessel. Crowning the shape is a glass-bottomed swimming pool located on the upper deck.

ZeRO: a new concept of a 96-meter hydrogen-powered yacht

Thanks to an ultra-efficient semi-planning hull shape and the latest propulsion system, the ZeRO Yacht Concept can move at speeds with zero carbon footprint.

This sleek zero-emission powerboat can reach 38 knots and literally “fly” over the water. With a width of 2.5 meters, the sleek speedster has a carbon fiber body and weighs 1950 kg.

Dubbed the Edorado 8S, the futuristic 8.3m craft combines retractable hydrofoils and a battery-powered electric drivetrain, allowing it to glide quickly and silently without emissions or noise.

The legendary Swan 65, designed by Sparkman & Stephens, made her big name at the first ever Whitbread Race in 1973/74. When the Swan 65 was first built by the Nautor shipyard in Finland in 1972, it was the largest fiberglass yacht on the market.

The futuristic 7-meter vessel, which is practically a Formula 1 car on the high seas, has received the SP80 name of the same name. The SP80 aims to set a world sailing speed record.

The vessel, which is practically a Formula 1 car on the high seas, was specifically designed to reach 80 knots at full speed, using the wind as its sole source of energy. The SP80 is equipped with a giant sail, about 20 meters long, which helps it fly through the waves like an ocean fighter.