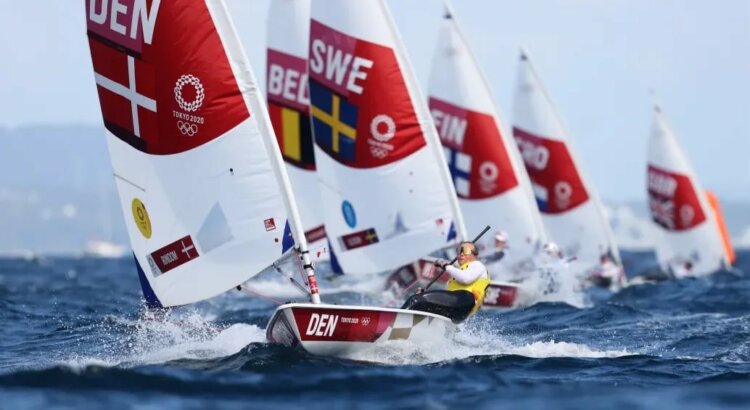 The yachtsmen had to experience a variety of vagaries of the weather, which constantly changed greatly, and often within one day.

Changeable weather conditions caused by a sea typhoon led to the fact that during the first days of the 11-day regatta, which started on July 25, there was literally everything - from complete calm to strong gusts of wind and sweltering heat, and sometimes on the same day.

Reigning Olympic champion Hannah Mills and her teammate Eileed McIntyre, along with other competitors, faced strong winds on July 28 during the 470 Boat Class, eventually finishing fourth. And the Swedish couple, the Swedish couple Olivia Bergstrom and Lovisa Karlsson, lost control and capsized on a strong wave.

British competitor Emma Wilson leads the RS:X class after eight out of twelve qualifying events. And three-time world champion Kieran Badlo of the Netherlands leads the men's standings in the RS:X class, winning three out of nine races ahead of Italy's Mattia Camboni and Thomas Goyard of France. The last three qualifying races will take place on Thursday afternoon.

The Enoshima Yacht Harbor, which also once hosted the 1964 Games, is the ideal venue for such competitions. It is located on a small island connected to the mainland by a thin strip of road, which allows the organizers to control the flow of traffic in and out. Opposite is Katase Higashama Beach, where windsurfers gather, but access to the competition area is strictly closed for them.