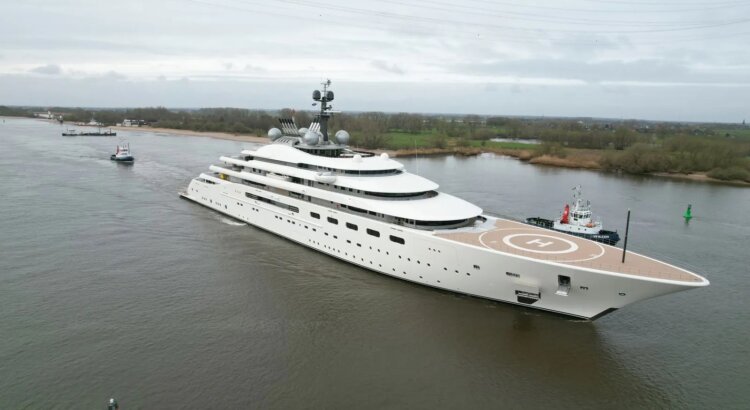 The superyacht, created at the Lürssen shipyard, headed to the North Sea for testing.

The vessel was first launched in February 2022. When completed, the superyacht will be the fourth largest in the world.

According to the latest data released by the Lürssen press service, Project Blue will be 22 meters wide and have an internal volume of 15,320 GT. Thus, the new yacht will be on a par with the shipyard created in 2016, the 156-meter Dilbar, which was built by Espen Øino International and Winch Design.

These images of the new superyacht show a large helipad at the bow and a smaller one at the stern. Each of the four upper decks has an extensive outdoor entertainment area and a swimming platform integrated into the Beach Club. The forward staterooms also have their own balconies on either side of the yacht.