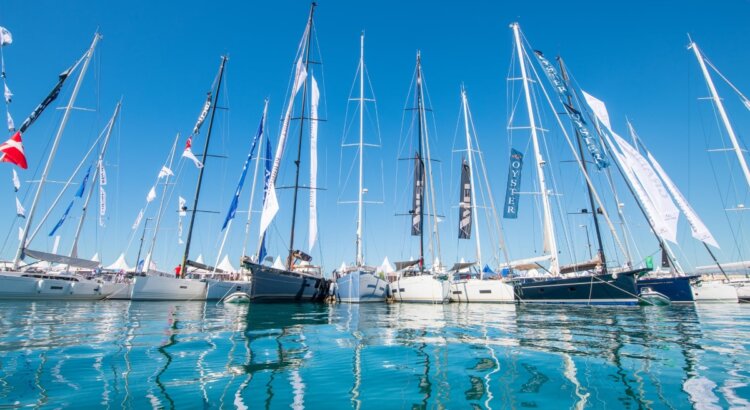 One of the features of the 2021 festival will be an unusually large number of sailboats, as well as the emergence of space for innovation.

The organizers of the Cannes Yachting Festival 2021 have unveiled the line-up for this year's show, which will take place from 7 to 12 September at the Vieux Port and Port Canto. This time, 470 representatives of the global yachting industry will take part in the Cannes Yachting Festival. Visitors will be able to see 560 boats ranging in length from 3 to 45 meters, both single-hulled and multi-hulled. At the same time, for the first time, 150 sailboats will be presented at the exhibition at once.

The motor superyacht category will include Panam, Baglietto's 39.8m 40M, Azimut Yacht's Azimut Trideck 38, and Cantiere Delle Marche (CDM) creations, the 38.2m Aurelia and the new 39.42m RJ. . Also on display for the first time will be the recently launched 38m Emocean, the first creation of Rosetti Superyachts.

As for the most interesting representatives from the category of luxury sailboats, it is necessary to mention the 33.77-meter Solaris 111 from Solaris Yachts and the 34.59-meter SW105 from Southern Wind. Both of these vessels are exhibited for the first time.

In addition to the traditional displays at the Cannes Yachting Festival, the 21st edition of the show will include an innovation space where a variety of start-ups focused on the future of yachting can showcase their work. A separate zone will also be reserved for all-electric and hybrid ships. Plus a separate area for sea trials. In general, according to the organizers, a redevelopment was carried out, which made it possible to add new berths and increase space on 7% compared to 2018.

The history of the Cannes Yachting Festival began in 1977, originally under the name Le Salon de la Navigation de Plaisance (the modern name appeared only in 2013). Since then, the show has been held annually, presenting hundreds of ships and attracting thousands of visitors from all over the world. An exception was made only once - in 2020, when all public events were banned due to the coronavirus pandemic. However, there is hope that this year, due to the forced break, the event will become even more interesting.