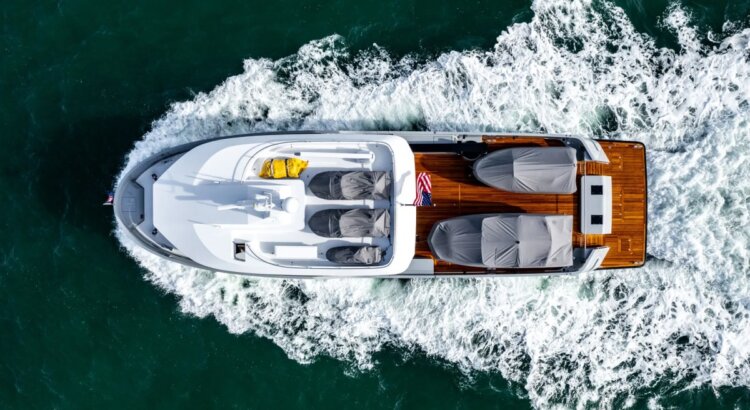 The Dutch shipyard is testing the Avontuur Crossover yacht in the North Sea.

The ship, named Avontuur (“adventure” - nid.), was first launched in mid-March. The official debut of the yacht will take place in Cannes in September 2022.

The custom built yacht was designed to maximize tender storage and nautical entertainment as per the needs of the United States customer.

Avontuur's 70-square-meter main deck will house an Air Nautique G23 sports tow and a five-meter RIB, as well as a pair of jet skis and a pair of water skis.

The team from the Dutch studio Bernd Weel was responsible for the exterior of the new yacht, the interiors were developed by Franck Darnet, and the naval architecture of the vessel was Diana Yacht Design.

On board the yacht is the main saloon with ample storage space for nautical activities, which can accommodate canoes, snorkeling equipment, paddleboards and more. The yacht has three cabins that can accommodate up to six guests, as well as four crew members.

“We are delighted to launch Avontuur after a fantastic and fruitful collaboration with her Californian owner. He is an experienced and sporty yachtsman who has been involved in construction at all levels and it has been a great pleasure for us to work together,” commented Slim Buricha, founder and owner of Lynx Yachts.