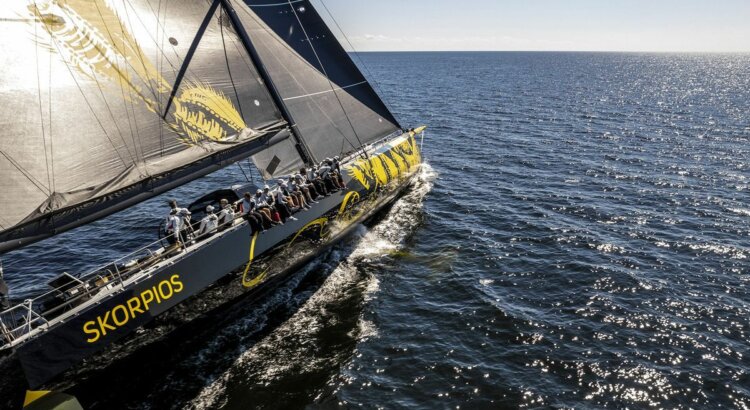 It took four years to build this looming 43-meter vessel. Scorpios was built in Finland at the famous shipyard Nautor's Swan, very popular with Russian customers.

Skorpios is the largest racing sailboat that has been built in recent years, the length of the vessel is 42.56 m, the height of the mast completely made of carbon fiber is 55 m, and the sail area is 1010 square meters. m.

Dmitry Rybolovlev's new ship is named after the Greek island of Skorpios, which the businessman acquired in 2013. The Russian sailing team founded by the billionaire is also named after him. According to the All-Russian Sailing Federation, the Skorpios team consists of 13 yachtsmen, nine of them, including Rybolovlev himself, are Russians, four are foreigners.

The billionaire has long been keen on sailing: in 2019, his Skorpios team won the world title in the ClubSwan 50 racing class. The billionaire himself actively participates in racing and takes the helmsman position on the yacht.

The sailing yacht Scorpios became the billionaire's fourth vessel. Rybolovlev purchased his first yacht, 67 meters long, about 15 years ago, the second vessel, the 110-meter yacht Anna, was built in 2007 and named after the businessman's daughter. This yacht is currently up for sale for €53.9 million.