Lamborghini 63 - a cruiser for true fans of the Italian legend 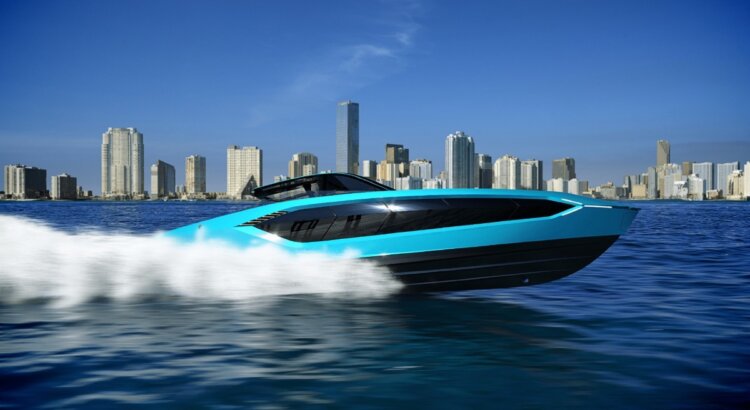 Built by Tecnomar, this speedboat is a combination of style and speed, designed for connoisseurs of the legendary Lamborghini brand.

Lamborghini has a long history of producing engines for racing boats. And in 2020 became known of a collaboration with Tecnomar, part of the Italian Sea Group, to bring the spirit of the legendary Italian car manufacturer to life in a fast, aggressive motor yacht. And now the Lamborghini 63 was introduced to the general public. The number in the title means not only the length in feet (a little more than 19 meters), but also 1963, when Ferruccio Lamborghini, who had previously been engaged in the production of tractors, began to produce luxury sports cars.

The main distinguishing feature of the vessel was, of course, its design, executed in the characteristic angular style of Lamborghini. At the same time, the developers faced a non-trivial task - the company's cars are distinguished by a low profile, not very suitable for a vessel, which should be characterized by an acceptable level of comfort. And they honorably coped with her decision. The rooms are spacious with good natural light. For the services of those on board there is a saloon, an owner's cabin, a guest cabin with two single beds and a small galley. The interiors feature a distinctive sporty carbon fiber finish with grey-yellow leather upholstery.

In the luxurious cockpit, everything is still Lambo-powered: the two leather seats are adapted versions of the Huracan Evo seats with Sparco seat belts; the steering wheel is based on that of the Aventador (no paddle shifters or airbags); even the design of the dashboard and the shape of the caps of the lights are recognizable. In other words, before us - "Lamborghini on the water."

The boat is finished in Verde gea, the same as the limited edition hybrid Siàn FKP 37, but other colors are possible. The case is made of composite materials, which are durable and at the same time very light (weight - 24 tons). The Lamborghini 63 is powered by two 2000 hp MAN V12 engines. each, thanks to which the vessel is able to reach a maximum speed of 60 knots, which makes it one of the fastest in its class. The stock of fuel is enough to overcome 360 nautical miles, if you move at a cruising speed of 40-45 knots.

The Lamborghini 63 was created as a weekend cruiser aimed at an audience of dedicated fans of the Italian car brand. The cost of the vessel is about 3.5 million dollars. The Italian Sea Group did not disclose sales details, but says it has already received pre-orders until 2022. It is also planned to produce 63 boats in it.