Yachts of Russian billionaires to be confiscated in Europe 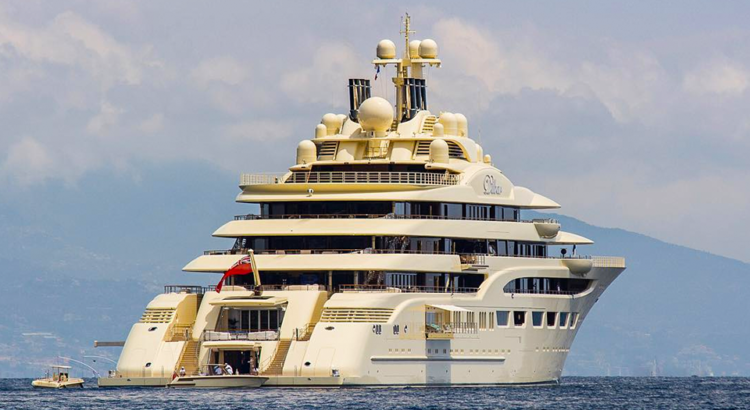 A wave of anti-Russian sanctions, unprecedented in its scale, has reached the richest residents of the country.

This week it became known that the European authorities initiated the confiscation of yachts owned by Russian billionaires.

In particular, billionaire Alisher Usmanov's Dilbar, the largest and one of the longest yachts in the world today, was arrested in Hamburg. The custom-built 156-meter superyacht built by the Lürssen shipyard costs about $600 million. The yacht has been in the port of Hamburg since autumn 2021.

In France, the yacht of Rosneft President Igor Sechin was arrested. This was reported by news agencies with reference to a statement by French Minister of Economy and Finance Bruno Le Mer. Sechin owns the 86-meter yacht Amore Vero (formerly the Holy Princess Olga), built in 2013 at the Oceanco shipyard. The cost of the vessel is about 100-120 million dollars.

“French customs seized the yacht Amore Vero in the city of La Ciotat as part of the application of EU sanctions against Russia,” Le Mer confirmed the information about the detention.

Later, La Repubblica reported that the yacht Lady M of billionaire Alexei Mordashov, the owner of Severstal, was arrested in the Italian port of Imperia. The 65-meter yacht was built by the American shipyard Palmer Johnson in 2013.

At the same time, it became known that the 40-meter superyacht Lena, the owner of the private investment group Volga Group, Gennady Timchenko, was detained in San Remo.

Alexei Meshkov, Russian Ambassador to France, commented on the situation with the detention of Russian ships, saying that at least one yacht and three ships are known to have been arrested.

“For Russian vessels, French territorial waters today are similar to the territorial waters of Somalia… vessels are detained with little or no explanation, then they are searched, and nothing is found in the searches. And everything is transferred to the judiciary,” Meshkov commented.

It is reported that due to fears of sanctions and subsequent confiscation, Russian billionaires are sending their yachts towards Montenegro and the Maldives.