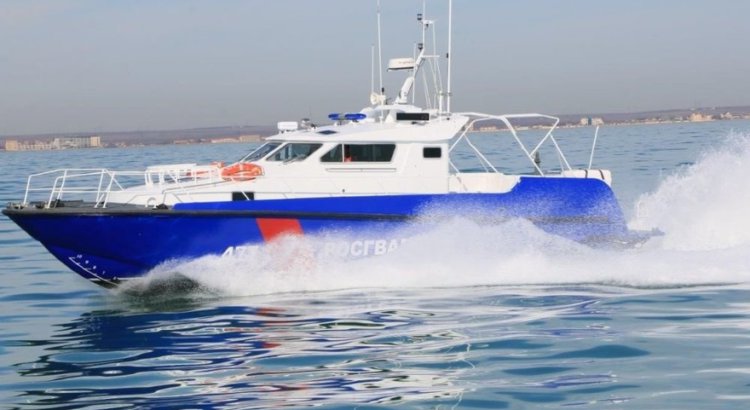 To strengthen the protection of the bridge across the Kerch Strait, the naval military unit of the Russian Guard will use high-speed boats "Sargan" for special purposes.

Boats of the "Sargan" series, which were put into service with a separate special forces unit of the Russian Guard in the amount of eight units, due to their speed, allow for any security measures in the entrusted territory. This was stated to the publishing house "Rossiyskaya Gazeta" by the commander-in-chief of the Southern District of the troops of the National Guard of Russia, Colonel-General Oleg Kozlov.

The high-speed boat of the "Sargan" category is designed for patrolling, performing special measures to intercept and delay violators. It has a length of 13.5 m, a width of 3.5 m, a draft of 0.8 m and is capable of moving at a maximum speed of up to 45 knots or 82 km/h. The cruising range is 350 nautical miles. Eight people can be accommodated on board the boat: two crew members and six troops.

The colonel-general added that at the moment, boats of the Grachok category are used to protect the Crimean bridge, which were created to eliminate enemy drones and fight against military divers. The boats, compared to other boats of the same class, are more maneuverable, fast, equipped with modern navigation technology and an autonomous navigation system that allows you to stay in the water for up to five days.