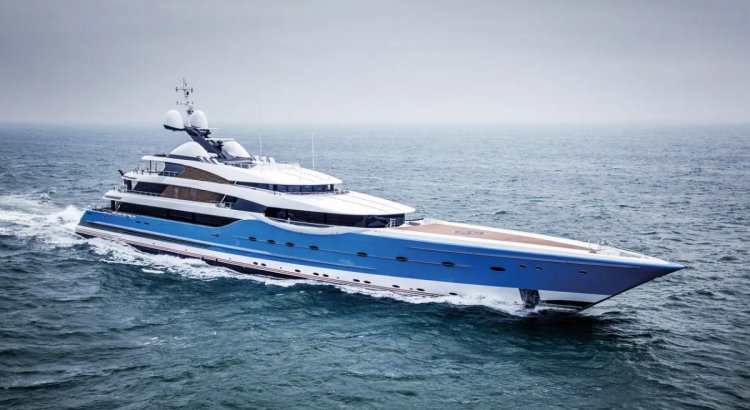 News agencies have published pictures of the ship at Mina Rashid Marina.

The superyacht Madame Gu, which is associated with Russian billionaire Andrey Skoch, has been spotted in the port of Dubai. In the past, such a picture would not have attracted attention. But against the background of recent events in Ukraine and the subsequent sanctions of the European Union and the United States against Russian businessmen and politicians, the appearance of Madame Gu caused another resonance. The United Arab Emirates has traditionally been a US partner and ally, but also a safe haven for Russian assets.

In the spring of 2022, the $156 million yacht Madame Gu was placed on a sanctions list by the United States, which believes the vessel is owned by steel magnate and legislator Skoch. According to some reports, the US Department of Justice is also taking steps for a possible confiscation of the asset.

On the territory of the UAE, it is practically impossible to do this, unless a special permit is issued by the government of the state. But the local authorities take a friendly position towards Russian businessmen and do not cooperate with the United States along this line.

Officially, representatives of the UAE do not comment on the appearance of Madame Gu in Dubai. At the same time, it is known that a statement was issued, which refers to the desire of the state "to protect the integrity of the global financial system with extreme seriousness."

The New York Times writes that about forty Moscow-connected businessmen own real estate in Dubai worth more than $314 million. Five of them (names not disclosed) are under US sanctions. Against the backdrop of recent events in Ukraine, 14% of all private aircraft from Russia began to arrive in the UAE against 3% at the beginning of 2022.