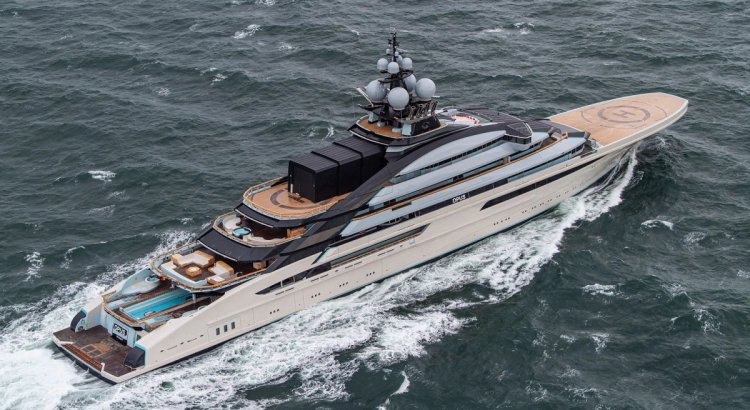 The vessel was captured in a video shared by the eSysman SuperYachts YouTube channel.

Megayacht Nord of Russian billionaire Alexey Mordashov was spotted in the Maldives. An aerial video of the islands, which hit a ship worth about $ 500 million, was published by the YouTube channel eSysman SuperYachts.

On November 9, Nord was expected in Cape Town - information that the yacht was heading to South Africa was circulated in the media in the second half of October. Before that, the yacht was seen in the port of Hong Kong. However, at the end of December, when the ship was off the coast of Indonesia, it disappeared from radar.

Controversy arose around the possible visit of a Russian businessman's yacht to Cape Town. The mayor of the city urged not to let Nord into the port. But the authorities were rumored to be ready to accept the megayacht.

For some time now, the yachts of Russian businessmen close to the leadership of the country have been at risk due to the current sanctions from the United States and the European Union. In particular, several courts were detained and arrested in the first half of the year.

As for Nord, the yacht has already sailed in the waters of the Maldives. The last time was in December 2021 and January 2022, shortly before the latest events in Ukraine and the introduction of personal sanctions against a businessman.