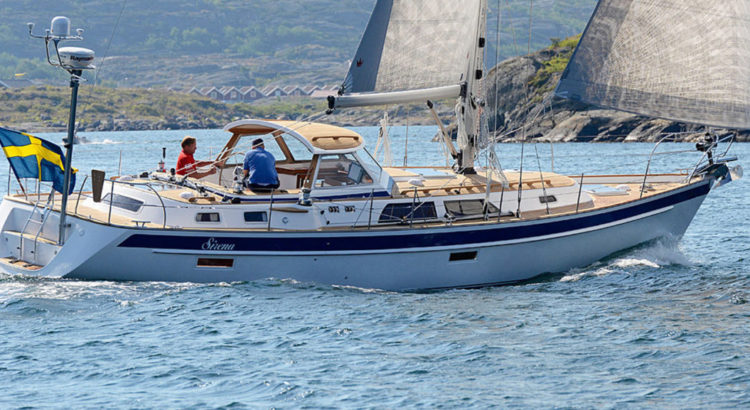 The Swedish shipyard Hallberg-Rassy has presented an updated version of the Hallberg-Rassy 43 MkIII sailboat. The other day the manufacturer tested the novelty on the water.

The HR 43 MkII was specially prepared for long distance sailing. To do this, the developer provided it with everything you need - from a generator to an enlarged fuel tank and a washing machine. Together with additional equipment, the weight of the vessel increased by almost a ton - from 13 to 14 tons.

This model is designed specifically for serious waters such as the Pacific or Atlantic Oceans. During testing, despite the complete calm, the boat showed excellent driving performance. The yacht was able to reach speeds of up to 6 knots, while not requiring any special control or any additional settings.

The developers have thought of everything to the smallest detail so that the yacht can “survive” bad weather. Work was carried out to protect the cockpit, and the deck was designed in such a way that no storm would become a hindrance.

However, the main innovations of the HR 43 MkIII are below deck. The manufacturer managed to maintain the dimensions of the vessel, while significantly expanding the interior space. Cabins have become more spacious, aisles - wider. The portholes, enlarged in size, do not create a feeling of darkness in the room even on a cloudy day. The interior of the boat deserves special attention. Even the smallest details are made at the highest level. The developers took into account everything - colors, sizes, convenience, design features. Even during a storm, you can move around the cabin without much difficulty.

The updated HR 43 MkIII is the third generation of the vessel. The basis of its modernization was comfort, however, the running properties of the boat remained at the highest level. The sailboat shows unsurpassed ease and speed of movement even in the absence of waves.