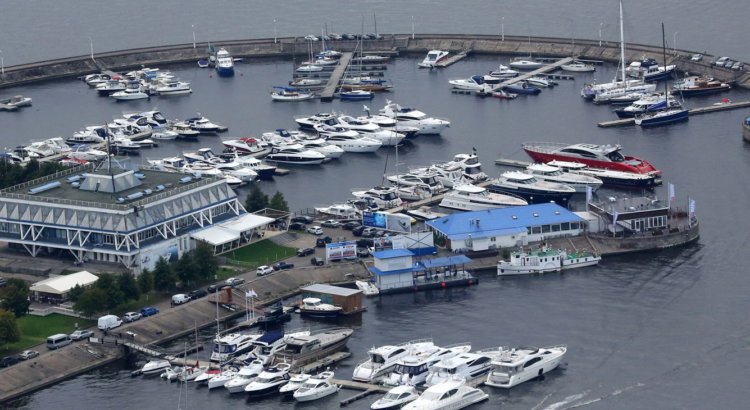 Trade unions presented to the public and the city administration a new concept for the development of a problematic yacht club on the Petrovsky Spit in St. Petersburg

In the yacht club on the Petrovsky Spit, trade union members, in the presence of the deputy head of the administration of St. Petersburg, Boris Piotrovsky, discussed the future of the object and the adjacent land plot, with a total area of 12.8 hectares.

During the meeting, a project for the development of a yacht club was presented, which involves: in the northern part - the construction of a training base, places for storing ships, a training center for yachtsmen, in the western part - the improvement of the pier for parking boats, in the south - the construction of a multifunctional complex. Sports and yachting infrastructure will occupy 30 thousand square meters. m, and facilities in the southern harbor - 56 thousand square meters. m.

The LFP notes that the development program has not been finally approved and, if necessary, can be adjusted. At the same time, the federation of trade unions insists that the commercial component of the plan is mandatory - both for accommodating yachtsmen and for making a profit for maintaining and maintaining the infrastructure of the yacht club. According to preliminary estimates of experts, the project will require investments in the amount of 8 billion rubles.

As Smolny representatives told the media, during the meeting, one of the LFP members stressed several times that the program was being reviewed by the security committee, which decided to carefully study the development concept.

According to Delovoy Peterburg, the project proposed by the trade union was criticized by the head of the Petrogradsky district, Ivan Gromov, and the head of the committee on physical education, Anton Shantyr. In response to criticism, Piotrovsky suggested that his colleagues develop their own development concept, and then submit two projects for consideration by St. Petersburg Governor Alexander Beglov and the public. Representatives of the LFP insist that their program is a priority, since the federation is the owner of the territory and its facilities.

Recall that the land on the Petrovsky Spit has been owned by the Federation of Trade Unions under a perpetual use agreement since the 90s of the last century. According to lawyers, it is almost impossible to terminate the contract unilaterally. To decide the future of the territory, the city authorities are forced to engage in dialogue with the LFP.