Top 5 manufacturers of outboard engines for boats and boats 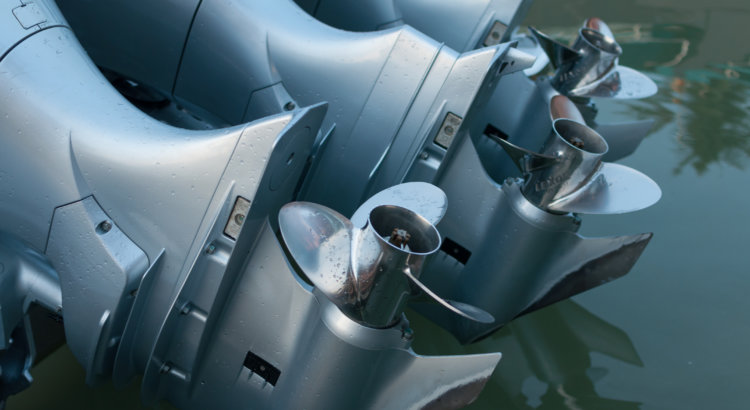 There are many outboard motor companies around the world. But in this rating, we have collected the most famous and sought-after manufacturers of these products.

According to Persistence Market Research (PMR), outboard motors are in high demand in three countries - the US, Russia and Canada (in that order). The abundance of various reservoirs encourages the active use of all types of water transport, from simple "cauldrons" to large racing boats. And the consumers of these countries are well aware of the creations of the companies, which are described below.

Perhaps this American company is the most famous manufacturer of outboard motors in the world. Its products are readily purchased by consumers not only in the United States, but also in many other countries, including Russia. She has proven herself from the best side, becoming a kind of standard in the world of outboard motors. It should be noted that at the same time the company does not stand still, constantly creating more and more advanced solutions, such as the recently presented V12 Verado 600 hp

The history of Mercury Marine dates back to 1939, when outboard motors were no longer a novelty (the very first one was built in 1870 and patented in 1880). It was then that engineer Karl Kiechefer purchased a batch of faulty outboard motors, restored them and sold them to Montgomery Ward, which was then actively engaged in the delivery of goods to small towns, for which waterways were often used. The first success convinced Kiechefer that he could try to create his own model of the engine. The resulting creation surpassed the solutions of competitors and was doomed to success - in 1940, the young company received more than 16,000 orders.

The name Mercury was given in honor of the ancient Roman god Mercury, known for his speed. But it is argued that by using this name, Kiechefer also wanted to play on the fact that in 1938 Ford introduced the Mercury brand of cars, which were on everyone's lips in those years.

Initially, the company produced only small and low-power motors. followed by a hiatus during World War II, during which Mercury produced chainsaws in huge numbers (it is even claimed that at that time it was the world's largest manufacturer of this product). In 1947, the production of outboard motors began again and a 10 hp 2-cylinder model was introduced. In 1949, a 25 hp 4-cylinder solution appeared. This was followed by a whole scattering of various models for a variety of tasks and consumers.

In 1961 the company was taken over by the Brunswick Corporation. In the 70s, successful experiments were made on the production of snowmobiles. But in the end, it was decided to focus entirely on outboard engines. Today, Mercury Marine products are used by consumers, businesses and governments.

Another manufacturer whose main products are outboard engines. And although this Japanese company also manufactures small boats and fire pumps, it is known worldwide for its outboard motors. Under the Tohatsu brand, a wide variety of models are produced, compact and powerful, designed for amateur and professional use - the lineup is constantly expanding.

The history of the brand began in 1922 with the Takata Motor Research Institute, which specialized in the development of compact internal combustion engines that could be used for generators. In 1930, it was decided to put the accumulated developments into the basis of the first production. So Takata engines appeared on the market, and the company itself changed its name to Takata Motor Enterprise.

In the middle of the 20th century, it was decided to try their hand at the production of not only the engines themselves, but also the technology in which they would be used. This is how Takata motorcycles appeared, which turned out to be extremely popular and successful. Needless to say, they repeatedly won victories in various competitions and managed to win up to 25% of the Japanese domestic market. But the company's management made a number of miscalculations, which eventually led to financial difficulties and the production of motorcycles in 1964 had to be stopped.

Outboard engines were saved from the collapse of the manufacturer, the production of which was established in 1956. As a result, it was decided to fully focus on this direction. And this decision turned out to be the right one - by the beginning of the 70s, the company was already firmly on its feet and was known precisely as a manufacturer of outboard motors, which were produced both under its own brand and under foreign brands, like Nissan (the manufacturer willingly took on OEM orders ). The name Tohatsu Corporation appeared in 1972 and has not changed since then.

Unlike the companies described above, Yamaha Motor does not specialize only in outboard engines, but also produces snowmobiles, snow blowers, all-terrain vehicles, motorcycles, golf carts, machine tools and a wide variety of other equipment. The range of products is very wide and outboard motors are only part of it, they are handled by Yamaha Outboards, which is part of the Yamaha Marine division, which also produces a variety of boats, boats and jet skis (however, 70% production falls on motors). In fact, the structure of Yamaha Motor is very complex and confusing, as is often the case with Japanese companies.

According to some reports, the Yamaha Marine division accounts for approximately 18% of the company's total revenue, and its outboard motors are world leaders in terms of sales (about 40% of the global market). They are especially popular in the US market. Under the Yamaha brand, a wide variety of models are produced for amateur and professional use. A good ratio of cost, features and quality contribute to the continued growth in popularity of this product.

Another company with Japanese roots is a division of the famous manufacturer Honda, best known for its cars, whose activities began in 1948. Honda Marine was founded in 1964 specifically for the production of outboard motors, which were based on automotive developments. For example, one of the most popular BF150 models is built using the approaches used in the Honda Accord. Since 1967, the company has been present on the world market.

Creations of Honda Marine have always been distinguished by high reliability (it is no coincidence that they are provided with a 5-year warranty) and efficiency, often innovative technologies are used in their creation. The company also became famous for being one of the first to start creating outboard motors with a 4-stroke internal combustion engine - today such solutions make up its entire lineup. The use of this type of engine made it possible to achieve a significant reduction in noise levels compared to 2-stroke solutions. In this matter, Honda's solutions can give odds to many competitors. They have also won numerous awards for customer satisfaction.

Honda outboards are among the most sought after worldwide, sometimes becoming exceptionally popular in some particular regions. So, according to the manufacturer himself, they are especially loved in Venice, a city famous for its canals, where motor boats are extremely common. At the same time, models are produced for a variety of requests, with power from 2 to 250 hp. The manufacturer also deals with inflatable boats, which are produced under the HonWave brand, but this area of \u200b\u200bits activity is much less known.

It so happened that the leading manufacturers of outboard motors are mainly Japanese companies. The history of the Suzuki brand began in 1907 and initially the company specialized in weaving machines, then no one thought about the sea in it. However, after the company's factories were badly damaged during the Second World War, it began to actively explore other areas. In particular, motorized bicycles appeared, and later cars. The first Suzuki D55 outboard motor was presented to the consumer in 1965. It proved to be very popular and was produced until 1977, when the second DT5 model appeared, which it was decided to bring to the US market. This is how the Suzuki Marine brand was born.

Today the company manufactures 2-stroke and 4-stroke solutions ranging from 2.5 hp up to 350 hp, designed for use on inflatable boats and speedboats. This technique has repeatedly been awarded prestigious awards and prizes for innovation. Needless to say, even the very first D55 model was distinguished by the presence of liquid cooling, while the creations of competitors were mostly air-cooled. On the Web, you can find a lot of positive feedback from users who have already managed to test Suzuki outboard motors in action.

PS And finally, I would like to mention the American Evinrude Outboard Motors, founded in 1907 by the Norwegian Ol Evinrude, the inventor of the outboard engine. Starting in 1935, it was owned by the Outboard Marine Corporation (OMC), but that company went bankrupt in 2000.

For some time, engines under the Evinrude brand were produced by the Canadian Bombardier Recreational Products, but in 2020 it was decided to curtail their production. This was the end of the history of the legendary brand, whose history spanned more than 110 years.